Exercise: show a constant round protocol that solves Crusader agreement for any $n>3f$ (first correct answer on twitter gets $(n-f)$ DT coins).

This is an even easier problem where you are allowed some probability $\epsilon$ of error:

For example, a protocol that solves Crusader Agreement with $1/10$-error only needs to maintain Validity and Agreement, in expectation, in 9 out of 10 executions. Note that the probability distribution is on the coins of the honest parties.

Theorem (FLM, KY, D): It is impossible to solve Crusader Agreement with $\epsilon$-error for any $\epsilon <1/3$ for $n \leq 3f$ if the adversary can simulate.

Before going into the proof, let us unpack this statement. It says that even if you allow considerable error (at most $1/3$) for both Validity and Agreement and also weaken the Agreement property to Weak Agreement it is still impossible when $n \leq 3f$.

As an indication of the strength of the FLM covering technique, the proof is quite similar. Here we show the $n=3$ case.

Six parties are connected in a cycle $A,B,C,A’,B’,C’$. Parties $A,B,C$ have input of 1 (shown in the blue color) and parties $A’,B’,C’$ have an input of 0 (shown in the red color). This is a great time to stop and ask: why is this setup well-formed? Why is it okay to take a protocol for three parties and wire it with six parties?

The beauty of the FLM proof is that this six node configuration is a valid, well-formed execution. Consider any two consecutive parties and examine the world where these two parties are honest and the adversary strategy is to simulate all the four remaining parties. 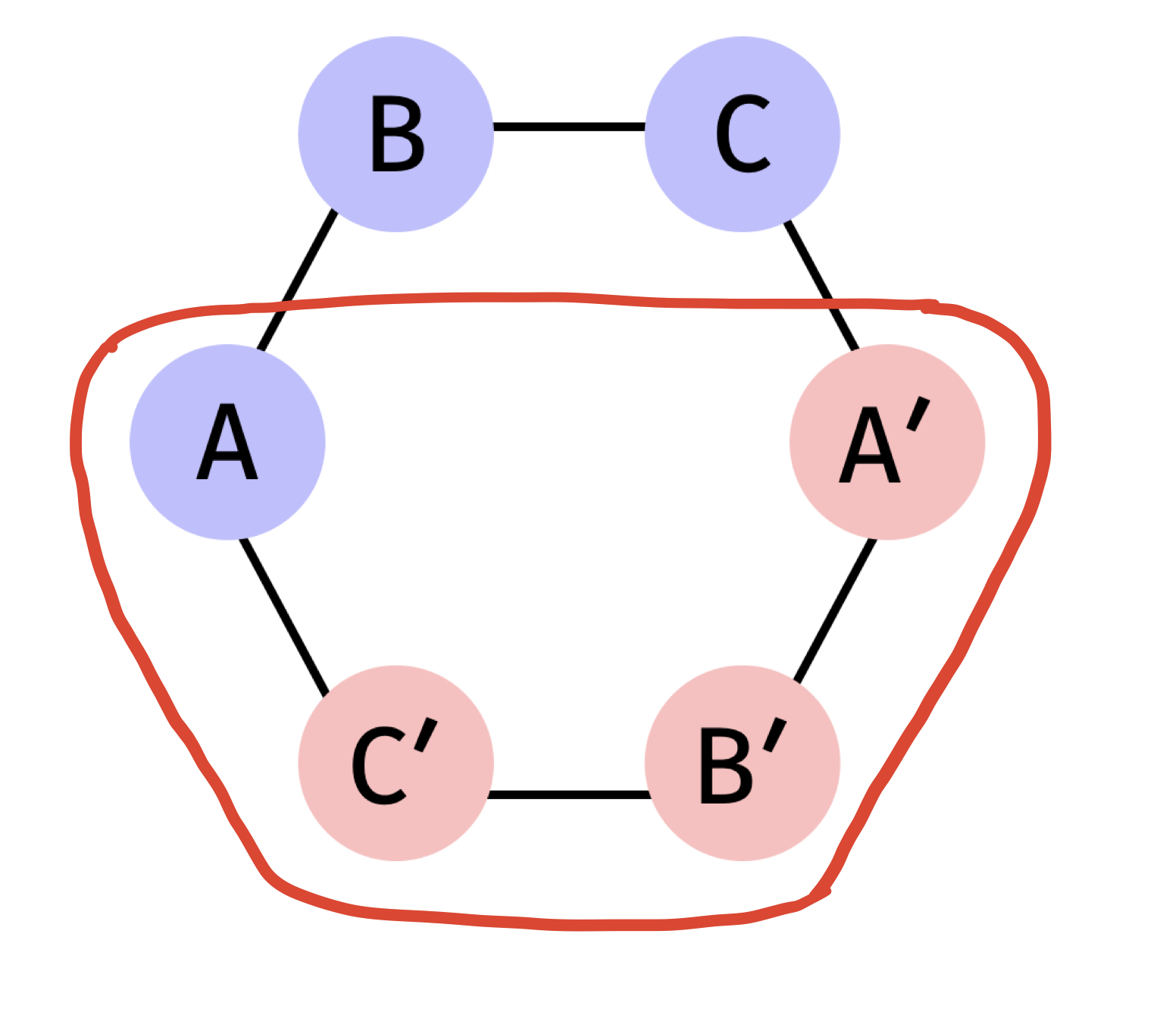 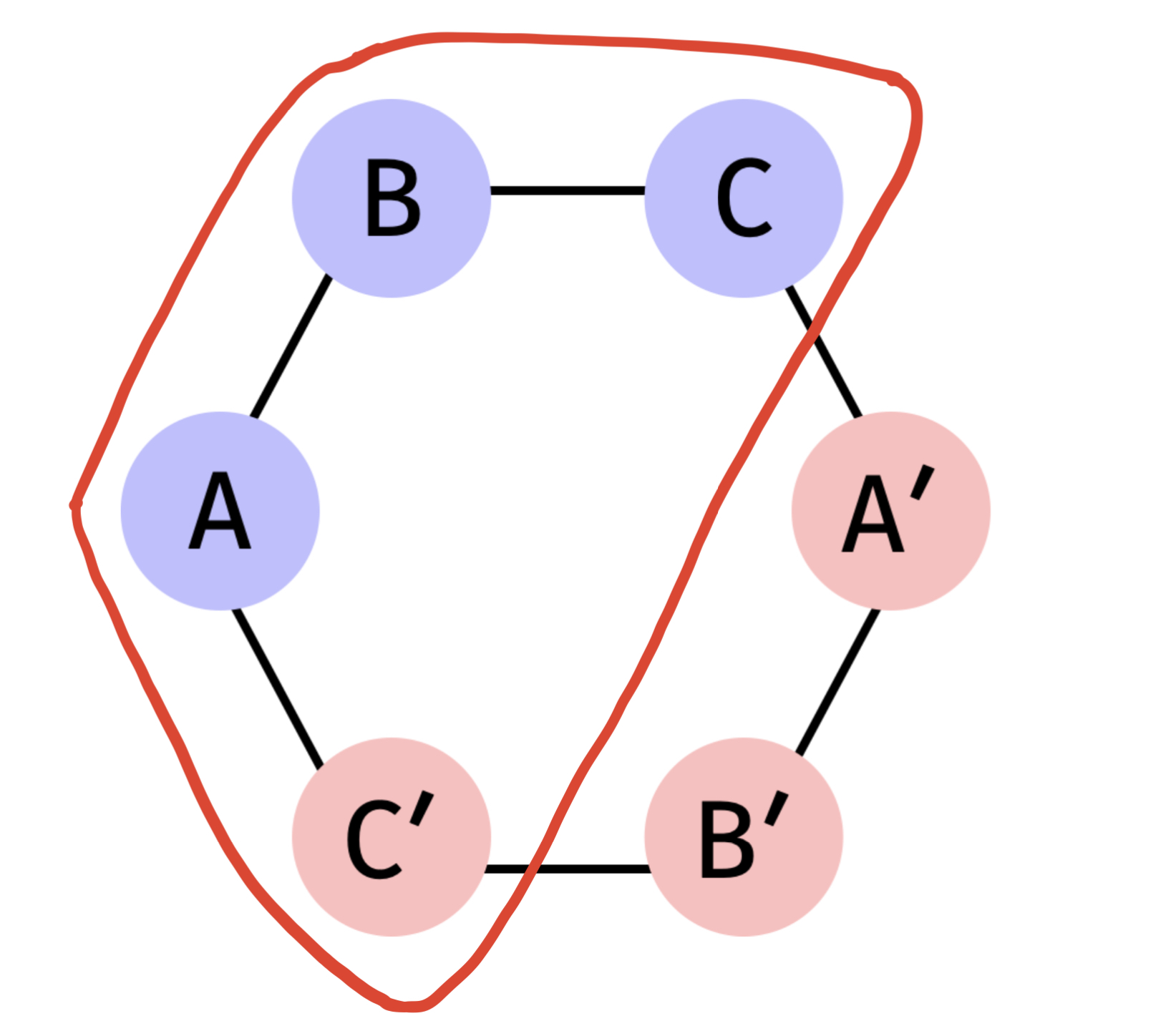 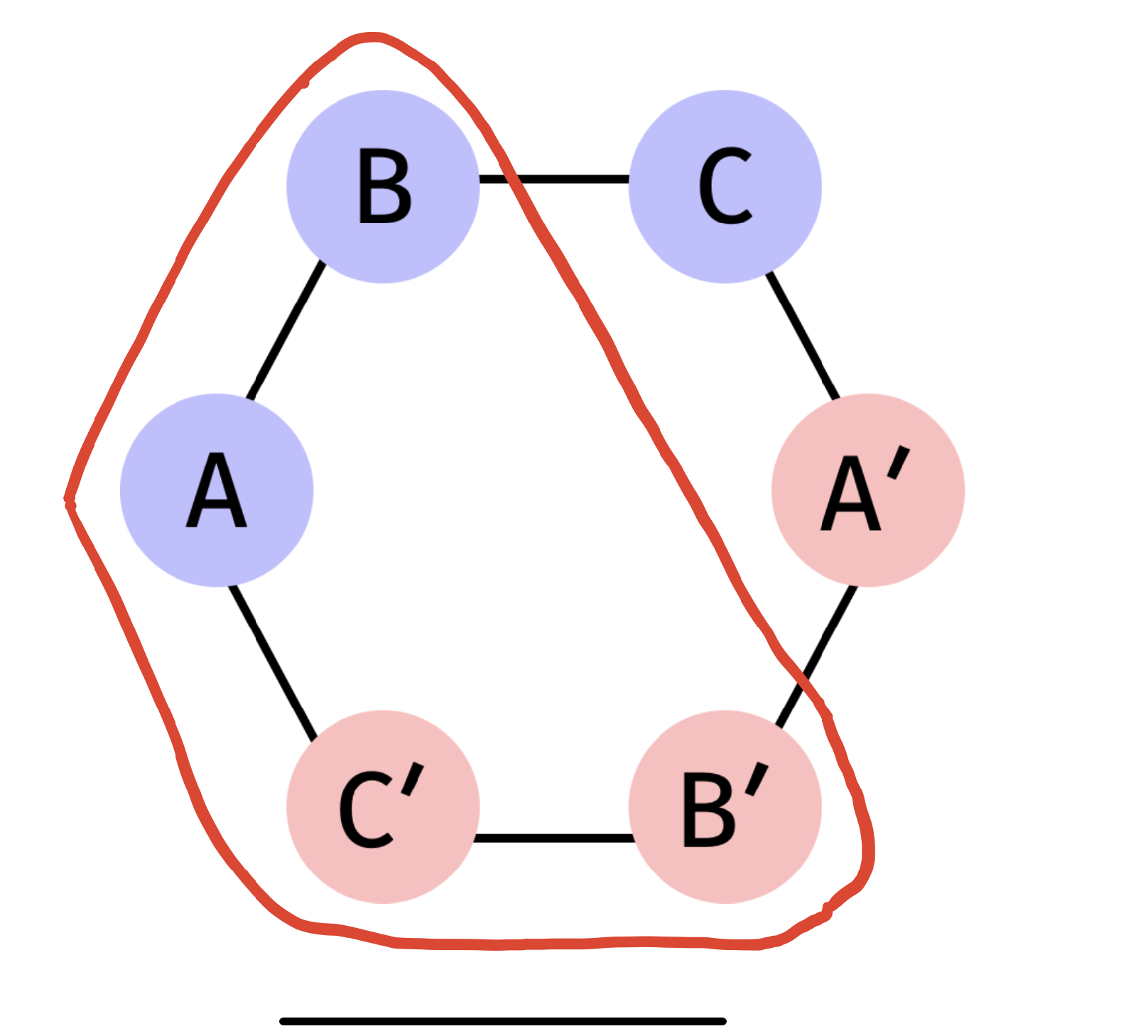 We have shown that the FLM lower bound holds for Agreement, and even for Crusader Agreement, even if you are allowed a constant error probability.

Lower bounds in distributed computing are protocols for the adversary. The FLM lower bound is a striking example of a non-trivial adversary strategy: The adversary uses the protocol against itself.

What if we weaken the Validity property instead of the Agreement property: (Weak Validity): if all parties are non-faulty and have the same input then this is the output value. Can you solve this problem for $n=3$? What about solving this problem with probability $0.99$?